Triumvene is a dramatic, engaging TTRPG, filled with weird and wonderful peoples. Forge your name as a member of the Guild of the Undying, the diplomatic peacekeepers employed through the world and the stars above for their particular powers and abilities.

Triumvene was created from the ground up to support dramatic narrative storytelling. The triumph as the Death Star is destroyed... The fear in HAL's voice as he's unplugged by Dave Bowman... The flaming tyre marks as the DeLorean jumps in time... Those cinematic, unexpected, emotional beats where, for a brief moment, anything seems possible. These are the types of moments Triumvene was designed to create.

Not everyone has four hours to spend running marathon gaming sessions. Whilst Triumvene is mechanically designed to allow you to run multi-hour games, it's also perfectly possible to run an engaging story in half an hour. This flexibility extends to multi-session games too, allowing everything from one-shots to multi-year epics. 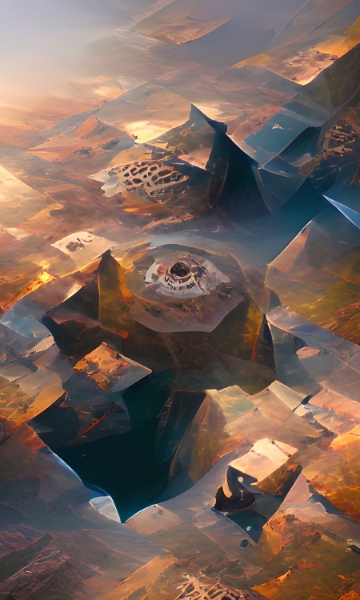 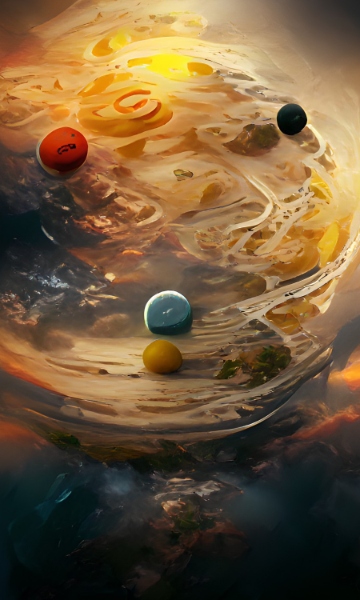 Helping You Play and GM Better

Endless stories await you in our evolving, shared world. Wield magical powers, legendary weapons and the endless power of your creativity to solve challenges and bend the world to your will.

A World of Interesting Characters

The world of Orth is populated by eight playable peoples, from the naval superpower polar bear Nardlor to the anarcho-communist giant rat Dadamard to the noble, scheming dinosaur descendant Henagon.

Each has their own strengths and weaknesses, due to their cultures, histories and physicality. None are perfect and all have their own skills and abilities to bring to your table.

A Time of Change

Triumvene is set in a period similar to our world around the turn of the 20th century. It's a time of relentless, reckless innovation and advancement, but also of change. Political and social upheaval are re-writing the order of the world, and that's before the interference of the vastly more advanced Second Peoples, or the near Godlike Ancient Peoples, with their limitless technological power.

The world is yours to make your mark upon. What stories will you tell? We can't wait to find out.

We're beginning an actual play audio-visual drama, Bright Bedlam in March, where you can see the kinds of stories Triumvene is built to tell. Alternatively, take a look around the site and explore the lore we're building out.

If you want to sign up, we're launching in March for public release.